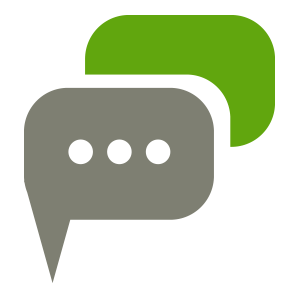 A variety of conflicts involving major world powers have tended to historically raise short-term volatility in global financial assets. However, market damage has tended to be short-lived, as in the magnitude of a typical market correction (-10% or a bit more). One has currently been already underway since January, mostly due to interest rate fears, but also the probability of Russian military action in the Ukraine. Markets have reacted worse (such as -20% bear market-type declines) during broader regional conflicts, such as World War II or the Israel/Arab war in 1973. In the majority of cases, though, recoveries have also been relatively swift, and there has not been as much direct long-term economic impact as one might fear.

The specific pretexts for Russian actions toward Ukraine have been vague, but it’s understood among diplomatic and military experts that the underlying rationale is to pressure Ukraine into staying into the classic ‘Eastern Bloc’ and ensure the continued defensive ‘buffer zone’ between Russia and other NATO nations. Russia’s primary demand of the West is to deny NATO membership to Ukraine (in coming years, or ever)—as NATO nations are bound to defend each other if any member is attacked. The expansion of NATO since its creation after World War II has been seen as a potential threat for years by Russia. Therefore, they’ve expended a considerable degree of diplomatic and intelligence effort to keep this East-West buffer zone intact, despite the Cold War having ended with Russia’s independence from the Soviet Union decades ago.

The Ukraine economy is not well-developed from a financial market standpoint, although it has begun to access global bond markets to some degree. (Some emerging markets managers have taken on some Ukrainian debt over the past few years as interest rates were attractively high and conditions had been steadily evolving in a more ‘business-friendly’ direction.) Russia is more heavily represented in mainstream emerging market bond indexes, with weightings in the 3-5% range, while Ukraine has about half that weight (based on USD-denominated and local currency debt, per Morningstar, as of 2/24/2022). While bond spreads can and do widen under stress, the long-term negative global financing repercussions of an outright default has traditionally contained some of the potential negativity.

While Russian equities appear in emerging market indexes in limited amounts, Ukrainian stocks remain in nearly ‘frontier market’ status, which means they’re several tiers below foreign developed market Europe, and even a tier below even smaller emerging market nations. Per Morningstar, as of 2/24/2022, Russian stocks only accounted for about a 3% weight in the MSCI emerging markets equity basket, but less than 0.5% of the MSCI ACWI world stock market basket. Based on the MSCI Russia index, 50% of stocks are in the energy sector, with another 20% each in materials and financials—so heavily concentrated in the world of natural resources. Ukraine is virtually non-existent, with a global equity market cap weighting of a fraction of a percent.

A key risk is higher crude oil and natural gas prices, particularly for European markets dependent on Russia due to their close geographic proximity and pipeline relationships. (Currently, about 40% of European natural gas comes from Russia, complicating their negotiating power.) Ukraine has been known for many years as the ‘breadbasket of Europe’, due to its significant agricultural industry—particularly as a premier grain-growing region. As there has been already, there could be further carryover into commodity markets, which, based on implied reduced supplies, has the potential for further upward price movements in a variety of goods. Then again, on the petroleum side, the global chessboard has been complicated by a potential easing in Iranian sanctions, which could replace a portion of any eroded Russian supply.

Aside from the terrible human cost, it’s assumed that any economic destruction would be fairly localized. These, coupled with any punitive sanctions on Russia, would be far more damaging to the region specifically than the rest of the global economy. The Russian economy is heavily dependent on revenues from oil (third largest global producer), gas, coal, fertilizers, and a few metals (such as half the world’s palladium), as well as grain in its own right. While these commodity exports bring market power, nations choosing to circumvent Russian supply would create a substantial decline in the country’s export revenue.

Of course, if there is an escalation of conflict, Europe and other regions could see far higher volatility due to the uncertainty it brings. Equity market corrections have been common historically during periods of military conflict, as noted earlier, but have generally not been long-lasting in duration or in their repair back to normal levels. On the other hand, side effects such as crude oil supply shocks leading to higher prices has historically tightened financial conditions and could even raise recession risks. If those tighter conditions persist, it could do some of the Fed’s job for it, with a possible impact on the pace and magnitude of interest rate increases this year.