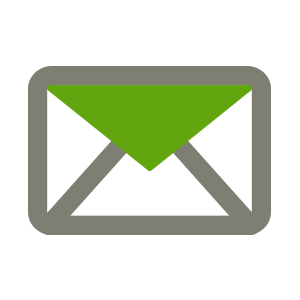 What a difference a quarter can make! Last year, quarter after quarter passed with all news treated as good news and the turmoil of the day pushed aside as markets cheerfully climbed higher. This last quarter was a bit different with a decidedly less cheerful tone as markets soared in January, plunged in February and investors kept a wary eye nervously focused on the news of the day.

While we all knew we would have a brush with volatility sooner or later many were surprised and concerned during February’s tumult. It is always surprising to see market swings after such an unusually long period of calm (and rising) market activity. Nonetheless corrections like these are the norm rather than an exception. We’ve had 17 periods of downturn in stocks since this bull market began back in 2009 and 4 of those (with February’s the most recent) were in excess of 10%.

Longer term, of course, stocks are driven by economic conditions and their effect on corporate earnings. Short term drivers though are really about perceptions of the future and how those perceptions might affect other investor’s decisions. February’s swoon was a great example of this as nothing really changed in the economy, with inflation or with corporate earnings. Instead, folks started to worry about how rising interest rates might eventually lead to the next recession. Rising rates can be harbingers of the end of the growth business cycle when the rates for short term debt exceed the rates of longer maturity debt (or put in other words, the yield curve flattens or inverts).

It is hard to make the case for a recession any time soon however. The difference between short and longer term rates remains positive, the leading economic indicators are pointing upward, (signaling better times ahead) and inflation remains modest. If the Fed raises rates too aggressively over the next 12 to 18 months it could signal the beginning of the end of this business cycle but so far the Fed has acted with caution, unwilling to squash the economy and not needing to rein in on inflation too heavily.

We would expect a return to more normal levels of volatility however as the anticipation of regulatory relief and tax cuts are displaced in investors’ minds by more mundane matters in the months ahead. Markets do tend to be forward looking and we would expect worries about the economy and future growth to persist, precipitating a more normal tussle between bull and bear as the year moves along.

Of course we won’t know until it is over but this year could very well turn out positive for stocks. The powerful global growth story continues, with most of the worlds economies moving forward at the same time. Valuations in domestic markets are a bit rich but not overly so and valuations look even better overseas. Inflation remains modest and interest rates remain reasonably low. Corporate profits should continue to grow, both organically in this growing economy, and by virtue of the corporate tax cut passed last year.

Given current conditions it seems prudent to expect continued good things while at the same time making sure we are prepared for the worst. Just like making preparation for a natural disaster at home (you do have your earthquake kit ready don’t you?) it makes sense to make sure your financial situation is prepared for the eventual slowdown sometime out in the future. Diversification is key to this preparation in your portfolio and we address this during our review meetings with you. There could be some further steps that help you bullet proof your financial life such as adequate cash reserves and proper anticipation of larger outlays and the resources dedicated to them. Planning is the key and we’re happy to review with you at our normal review meeting or most any time if you have current concerns!

We wish you the best sort of spring and happy times with family and friends, and we appreciate your trust and confidence in us and remain,

“I have found that if you love life, life will love you back.”

Listen to a quick note from Brad Kasper on FANN Radio.