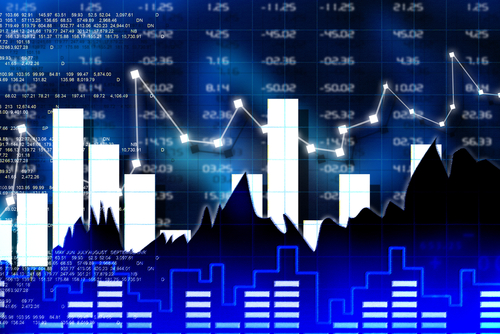 U.S. stocks declined most of the week, with uncertainty abroad with rising Covid infections and the ship bottleneck at the critical Suez Canal trade route. However, a recovery by Friday, helped by a report of minimal PCE inflation and President Biden’s accelerated vaccine rollout targets, helped stocks regain their positivity. Domestic markets may also be increasingly focused on Congressional plans for corporate and personal tax increases. This is part of early plans for a roughly $3 trillion infrastructure bill, possibly to be split into several segments, likely in mid- to late-2021.

By sector, consumer staples led other primary sectors, with gains near 4%, with real estate faring even better, following some tempering of interest rates last week. Communications services fell -4%, representing the only losing sector of any note, beyond minimal declines in consumer discretionary. Banks were given the good news from the Fed that temporary restrictions on dividends and buybacks will be lifted on Jun. 30, following the successful completion of recent stress tests. Several technology companies were again asked to appear before Congress regarding the (often algorithmic) publication of ‘disinformation’ and ‘extremism’—this points to definitional issues about how to classify social media-related firms as either simple distributors or news or ‘editors,’ which adds potential scrutiny.

Foreign stocks were mixed in developed markets, held back a bit by currency weakness, while Japan and especially the emerging markets experienced declines for the week. In Europe, sentiment appeared to be driven by improvement in manufacturing sentiment (into expansionary territory for the first time in several years); however, lockdowns and vaccine supply concern continued to serve as negatives.

Emerging markets were held back by weaker performance in China and Brazil, as well as the smaller-sized but dramatic influence of a -20% total drop in Turkish shares during the week (the equity market fell -10% in local currency terms, with another -10% due to the Turkish lira’s drop versus the dollar). Volatility there rose again, in response to President Erdogan’s firing of another central bank head—after he hiked interest rates again to combat high inflation (by 2%, up to 19%). This is the fourth such firing in the last seven years. The Turkish administration is of the opinion that high interest rates are the cause of inflation, rather than the cure, in contrast to the views of the majority of mainstream economists. The decline in the lira is a serious problem, particularly for the repayment of debt issued in external currencies, such as the U.S. dollar (a 20% drop in the lira essentially means that the affected debt load increased by the same 20%), not to mention the holdings of Turkish debt by European banks. This is another example of the risks inherent in emerging market investing—often forgotten by investors in the chase for higher yields.

U.S. bonds gained some ground back, as interest rates across the treasury yield curve fell and re-flattened. High yield and investment-grade corporate outperformed treasuries, with lower-rated bonds leading all groups for the week. Foreign bonds were held back by a sharply stronger U.S. dollar, although EM local debt was punished the worst, down a few percent.

Commodities ended down as a group last week, along with a nearly-1% rise in the dollar. On net, individual groups were little changed, with the broader decline caused by weakness in agriculture and precious metals. The price of crude oil see-sawed during the week by a few dollars above and below the $60 mark, before settling at a few cents under $61/barrel. This was all due to the unusual event of a container ship becoming stuck in the Suez Canal after a dust and wind storm, wedging the vessel diagonally and halting traffic in the area. The Suez represents the largest global transit waterway for petroleum (as well as almost a third of the world’s overall shipping container volume, amounting to a tenth of all global trade), so small disruptions can cause large ripple effects and potentially rising costs near-term. In this case, speculation about the severity of the problem and possible timeframe for dredging resolution has been driving daily sentiment. This definitely enhances the reputation of the commodities asset class to be influenced by seemingly ‘random’ events.